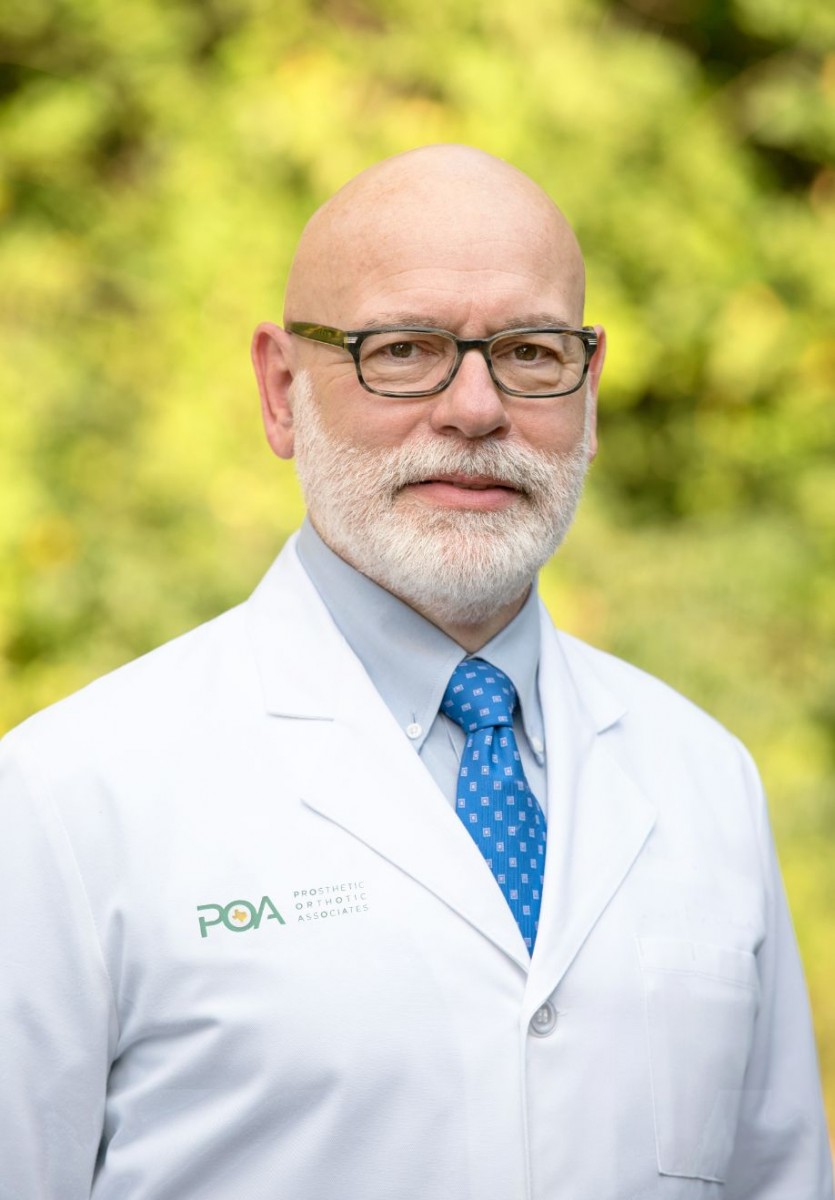 Mac is an American Board Certified and Texas licensed Prosthetist-Orthotist. He has been involved in the profession for more than 40 years, in roles ranging from hospital/rehabilitation settings, academia and private practice. He has authored and co-authored numerous papers, manuals, and publications and has lectured extensively at the state, national, and international levels. Involvement in professional activities includes: initiating the start-up of the current Prosthetic & Orthotic Education Program at Southwestern Medical Center in Dallas, serving 10 years on the AAOP Texas Chapter Board (2 years as President) and serving 7 years on the National Board of The American Academy of Orthotists and Prosthetists and as it’s President during the 2012-13 term. He holds degrees in both prosthetics and orthotics and health science and is a Fellow of both the International Society of Prosthetics and Orthotics and The American Academy of Orthotists and Prosthetists. He is currently Chairman of the American Academy’s Public Policy Committee, and serves on the National O&P Alliance Steering Committee. Mac and the staff at POA have a patient-centric model of practice with the goal of maximizing the rehabilitation potential of every patient entrusted to their care. This is pursued through the ethical implementation of state-of-the-science practice methodologies based upon a “team effort” approach to goal-setting and outcomes.