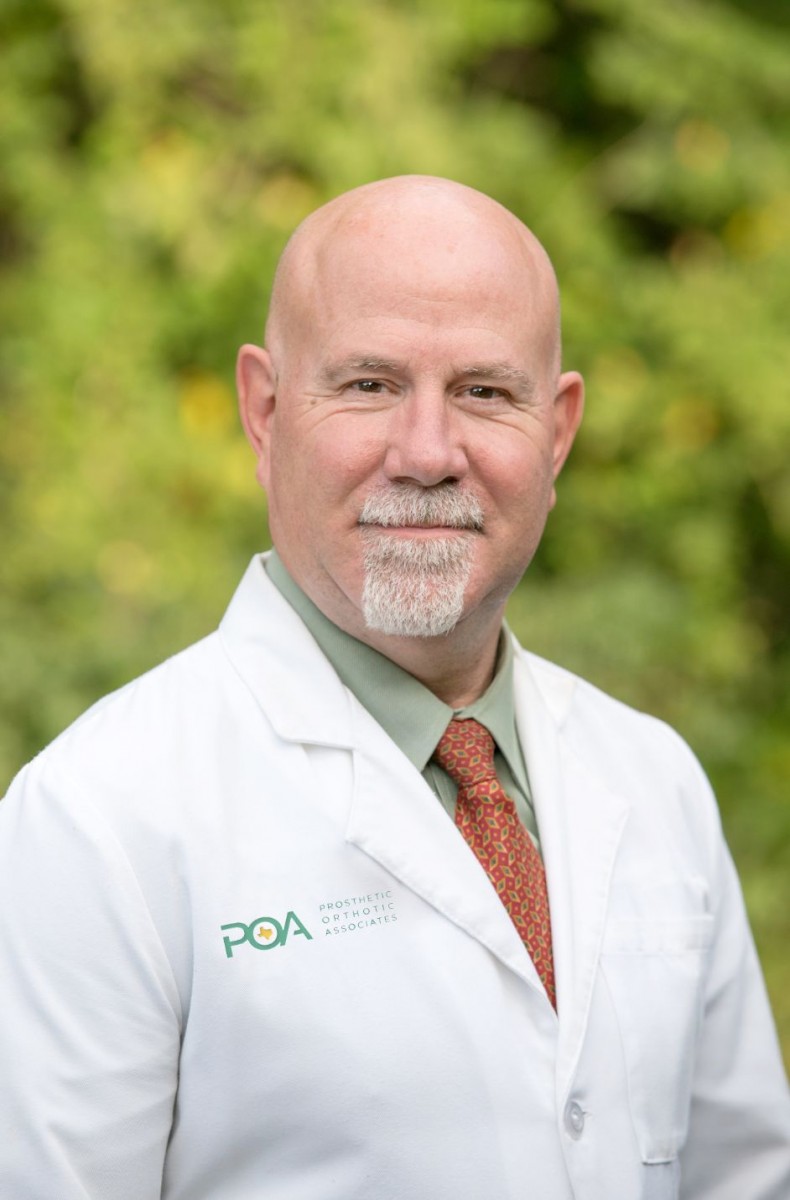 Dale Beckham is a Certified Public Accountant and ABC Certified Prosthetist/Orthotist Assistant. Dale holds an Associate Degree-Civil Engineering and a Bachelor of Business Administration-Accounting. Dale has been a practicing C.P.A. for over 33 years. As a result of his accounting practice Dale became the Executive Director of a Comprehensive Outpatient Rehabilitation Center (CORF) which provided Physical, Occupational, Speech, Cardiac, and Vocational rehab to patients from all of East Texas. Due to mutual affiliations at this CORF, Dale met Mac McClellan and began his career with Prosthetic-Orthotic Associates in the year 2000. Dale currently serves as Director of Operations for Prosthetic-Orthotic Associates overseeing business operations. The engineering training Dale had received prompted his interest in Prosthetics and in 2006 he became an ABC Certified and Texas Licensed Prosthetist/Orthotist Assistant. Dale has served as Treasurer of Windridge Therapeutic Equestrian Center, President of the East Texas Oilmen’s Golf Tournament and was a member of the Longview Kiwanis and Kilgore Rotary Clubs. Dale has been married 39 years to his wife Wendy who is a registered nurse, professor of Anatomy and Physiology, and Department Chair of Life Sciences at Tyler Junior College. They reside in Gilmer, Texas.